Whilst Melbourne scuba engineer/designer Ted Eldred has been recognized by the Historical Diving Society in Australia and the US as the inventor of the world’s first, commercially successful, single-hose regulator, the PORPOISE, there was another Melbourne diving pioneer, who followed closely behind Ted Eldred, but outlasted Ted’s production by many decades. That was Jim Ager, who, in the 1950’s, turned his grocery store and transport business at 438 High Street Prahran in Melbourne, into a dive shop, which traded as the Victoria Aqua Lung Centre.

The SEA BEE design was a single-hose, two-stage regulator which featured an upstream demand valve and a piston unbalanced first stage. The low pressure hose was long enough to be fitted to twin air cylinders, which were carried inverted by the diver who controlled his air supply by decanting air from one cylinder to the other.

Jim introduced the first Australian submersible pressure gauge, with a unique protruding pin design. The diver could look at the calibrated rod and see his cylinder contents, or he could just feel it with his finger tips. Jim placed the exhaust valve in the centre of the second stage diaphragm, eliminating a separate exhaust system. It had a rubber front cover which resisted impact damage and acted as an exhaust cover. The front and back were held together by a wire ring clip, which allowed the diver to remove the front cover and clean grit and sand out. Jim also created a unique back-pack, which consisted of an inverted u-shaped tube, fitted with a black vinyl harness. The tube contained weights that could be jettisoned with the pull of a ring at the open ends, probably the first diver’s integrated weight system.

The SEA BEE brand was very popular with both recreational and the majority of Australian commercial divers, as it was rugged and one of best breathing scuba regulators in the world. AIRDIVE did not take to marketing outside the Australian region and as a result, Jim’s operation was much smaller and more personalized than the diving equipment giants of today. AIRDIVE equipment was rugged enough to secure government contracts and the regulators were available with balanced or unbalanced reduction valves and a selection of LP ports. AIRDIVE also produced tank valves and many other diving equipment accessories, including wetsuits in the very early days of Australian sport diving.

While other sport diving equipment makers were finding accessories and buttons to add to their product, Jim was working to take them off! His product was not shiny, nor fancy, he did not sell the sizzle he instead sold the steak.

Jim was also one of the very early members of the Victorian Sub-Aqua Group (VSAG), Melbourne’s first diving club dedicated to the use of scuba equipment, which was formed in 1954. Jim Ager served as Secretary for the VSAG for many years in the 1950s and was a dedicated hard-working Committee man. He was a prolific letter writer and marketing man for the VSAG, writing to introduce the club and offering its diver’s services to organisations such as the Victoria Police, the 1956 Olympic Games Committee, CSIRO, Museum of Victoria, The Field Naturalists Club of Vic, Fisheries & Research Department, many yacht clubs and media organisations, including newspapers and the newly formed TV companies. Through VSAG Jim organised scuba displays (similar to today’s ‘try-dive’ days) advertised through the media and held at the Melbourne City Baths, to promote the new, exciting sport of scuba diving. The VSAG Committee considered that the growing number of new scuba divers were much safer as members of a scuba club, under the guidance of experienced members, than off by themselves, completely untrained, using a brand new scuba kit. Jim Ager was a scuba diving instructor with the VSAG.

Jim Ager saw to it, in his post as Secretary that the VSAG maintained a very high profile throughout the Australian diving scene and it was recognized as one of the most influential and professionally organised private recreational scuba clubs, a position it still enjoys today! Jim’s high profile and hard work as VSAG Secretary, also assisted his growing scuba diving equipment business AIRDIVE, which was in direct competition to both the Eldred/Batterham PORPOISE brand and imported twin-hose regulator systems, such as US Divers ‘Aqualung’ and Siebe Gorman’s ‘ESS-GEE’ from the UK. In the 1950s Melbourne was home to the world’s only two manufacturers of single-hose scuba regulators, long before this diving system caught on around the world, deposing the twin-hose system. The single-hose scuba system is now the accepted system which we all use today.

AIRDIVE was Jim’s life, he had rejected an offer by Scubapro to purchase his business at one time, as he loved his work and could always be found at his factory, right up until he sold the business in 2010. Jim passed away on the 14th June 2013 and was buried at Springvale in a small ceremony attended by his family and a small circle of his old diving associates. 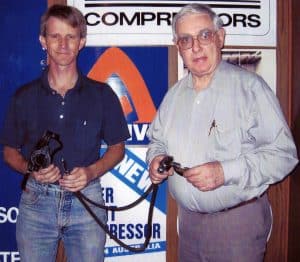 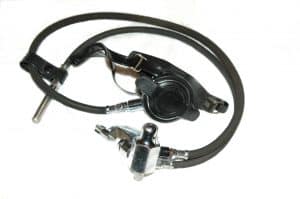 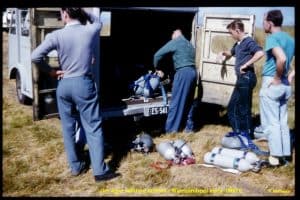 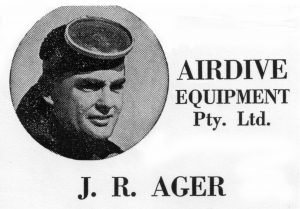 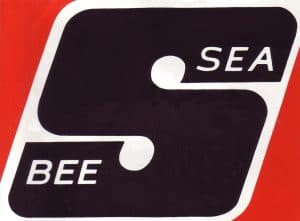 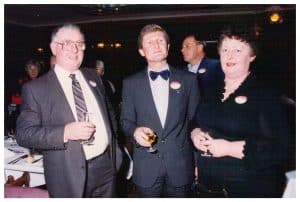 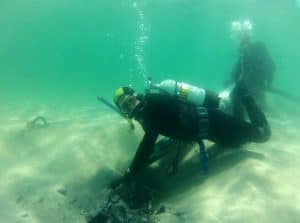