You are here: Home / Articles / The Berge Diving Mask by Des Williams

During World Wars 1 & 2 many apparatus and machines grew out of the fertile minds of inventors, proving that necessity IS indeed the mother of invention. These periods of war have produced some of the most amazing improvements to existing machinery and provided chemical substitutes for materials urgently needed, synthetic rubber being an excellent example. One particular item to come out of WW2 was the diver’s full-face mask. This particular diving mask has interested me for many years, after coming to my attention during research into my last book Wrecks of War about Australian salvage divers.

The Berge/ORCO mask was made available by the USA to its allies all over the world during WW2, under the Lend-Lease scheme of military support and was used in both the Pacific and Russian theatres of war. Australian salvage divers, received basic training in the use of the Berge/ORCO mask in 1943, before leaving Australia for New Guinea. The apparatus enabled them to break free from the cumbersome standard-dress copper helmet equipment on many difficult salvage jobs, and was very popular in tropical areas.

The Berge/ORCO mask was invented by a Swedish adventurer, Victor Berge, who spent much of his early life pearl-diving and travelling the world prior to WW2. Berge’s adventures were recorded in his 1954 book Danger is My Life, which can still be found in 2nd-hand book shops and it is a very interesting read indeed.

Berge showed his invention to a friend at the Ford Motor Company in the USA in 1941, where some improvements to the demand-valve were carried out before Berge had 50 masks produced to take with him to Indonesia that year, to be used in his pearling exploits. Before leaving the USA, he demonstrated the mask to US Navy top-brass, who were impressed with its versatility and simplicity. He applied for a patent in March 1941, which was published in November 1942. Oddly, he claimed only the mask and not the air-supply and demand-valve, which would have pre-dated the Cousteau’s later patent.

Unfortunately for Berge, his timing was bad, as he arrived in Indonesia just as the Japanese entered WW2. The Japanese soon incarcerated him as they swept through SE Asia and over the following four years, he was brutality treated and tortured by his captors. He was very lucky to survive the war! His family and friends in the USA in the meantime, having heard nothing of him during those war years, presumed he was dead.

Upon entering the war with Japan in late 1941, the US Navy decided to utilise Berge’s patented design, as they could not make contact with Berge himself. The masks were produced in Willoughby Ohio, by the Ohio Rubber Company and branded the ORCO Diving Mask. A small instruction manual accompanied each mask turned out and they were provided under the Lend-Lease arrangement throughout WW2 in the Pacific and Russian war theatres.

The moulded rubber full-face masks were secured by straps retained by a buckle at the back and were fitted with unbreakable, tempered glass eye-pieces. An air ‘demand’ membrane-type valve on the front of the mask opened to provide air only when the diver breathed in, just like modern scuba apparatus. A distinctive feature of the Berge/ORCO mask design was the double redundancy air-supply mechanism. The demand valve had a push-button arrangement on the front, allowing the diver to force air into the mouth-piece, which is today an integral part of modern scuba gear and referred to as the purge-button. Alternatively, by operating another fitted by-pass valve, a continuous flow of air around the diver’s face could be provided, with the surplus air simply exiting around the fringe of the mask.

Air supply was usually provided by medium pressure, via surface-supplied air-hose (simple oxygen hose) from a set of high-pressure air-bank storage cylinders, via a pressure reducer or from a manual air pump. The Berge/ORCO system was also designed with a ‘bail-out’ bottle, which could be carried on the diver’s back, but this feature does not seem to have been employed during the war years. These days, all commercial divers carry a bail-out bottle. 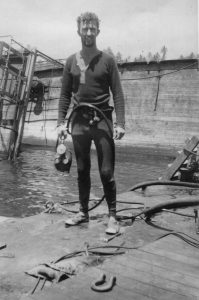 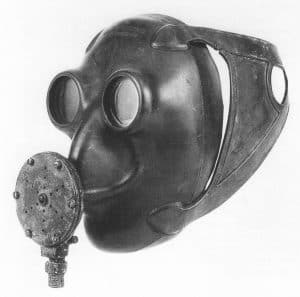 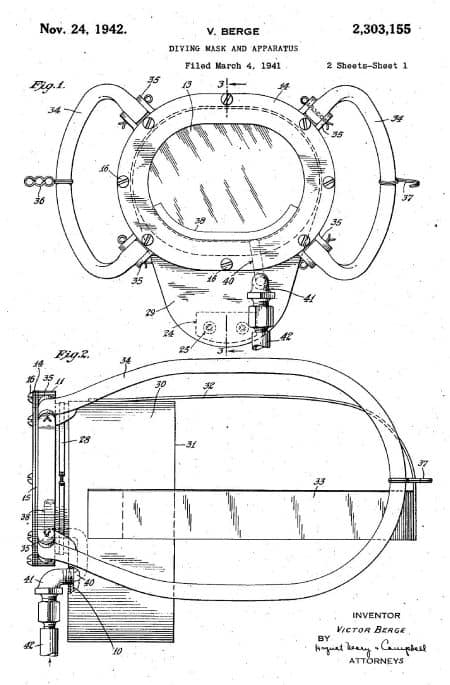 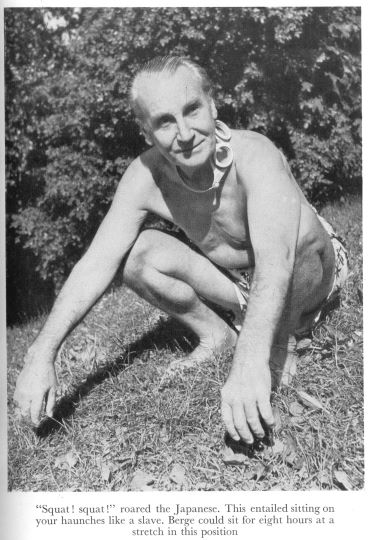 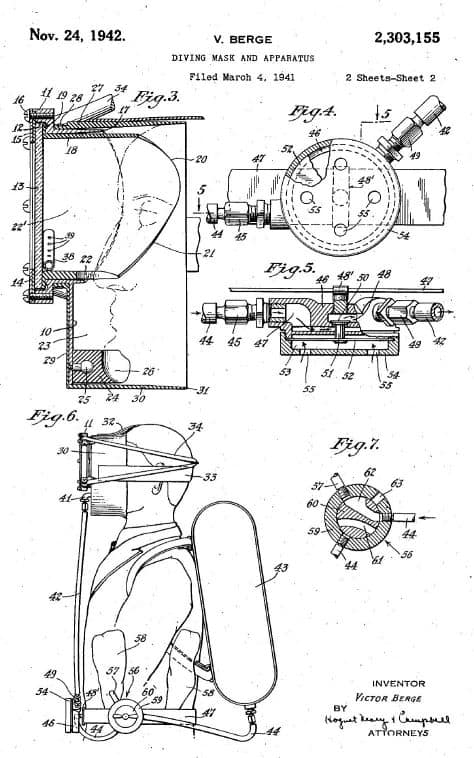